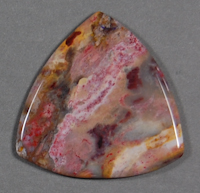 Anyone that ever played a Djembe drum (big African drum) knows that the way to get different sounds from the drum is also by altering the way the palm hits the skin in terms of stiffness and section of the palm. Stone is one of the hardest materials on earth, and as such they give the cleanest sound, meaning nothing gets absorbed or filtered out. 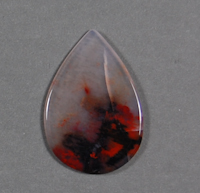 Mainly for economical reasons, the majority of guitar picks were made of plastic, but there are also picks that are made of rubber, felt, tortoiseshell, wood, and metal. Stone guitar picks are quite rare as they require more work to produce, hard to be made by a non profesional craftsman, require special tools and machinery to produce them and most important, cannot be mass produced with moulds and special shape cutters as plastic and metal ones can. This make the stone guitar picks more expensive, however they could last forever, unlike plastic and they never change the sound they make as plastic picks do as they wear out. 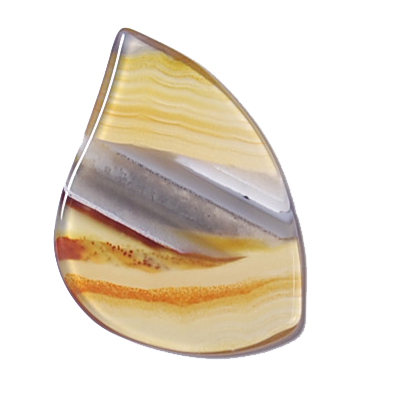 The shape of a Guiter Pick is mainly an isosceles triangle but other shapes are used too such as a equilateral triangle, tear drop, or other shapes that utilize 3 corners. Some guitar players prefer a somewhat softer edge as it is easier to play, while others find a sharp edge better for easier motion of picking across the strings. Some famous Guitar players use the round edge of the pick rather than the pointy one. For this reason, some Guitar Picks have a "D" shape giving 3 different edges in one single pick. The thicker the stone pick is the "heavier" it is and the higher the volume of the sound it produces. That is why thicker picks are preferred while playing an acoustic guitar, and the thinner when playing electric guitar where the volume may be electronicaly amplified.